As you have learned in the Using the App guide, you can use Logic Nodes to add more logic to the data passing through the system.

When you tap on a Logic Node, you’ll see its programming grid (sometimes referred to as a “Logic Crafting Board”): 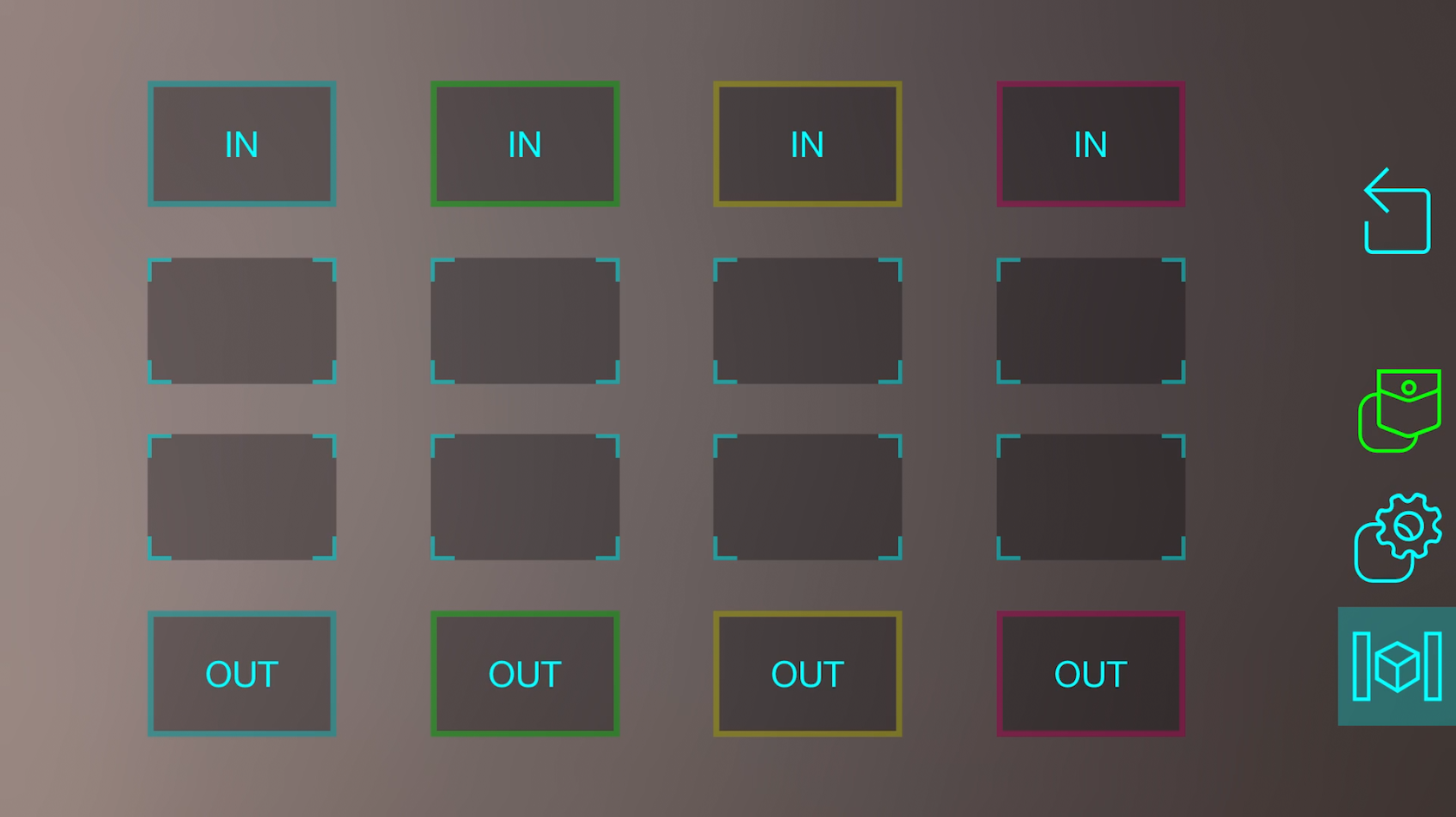 To learn how to perform basic user interactions with it, refer back to the Using the App guide. This section will focus instead on how to use each Logic Block. 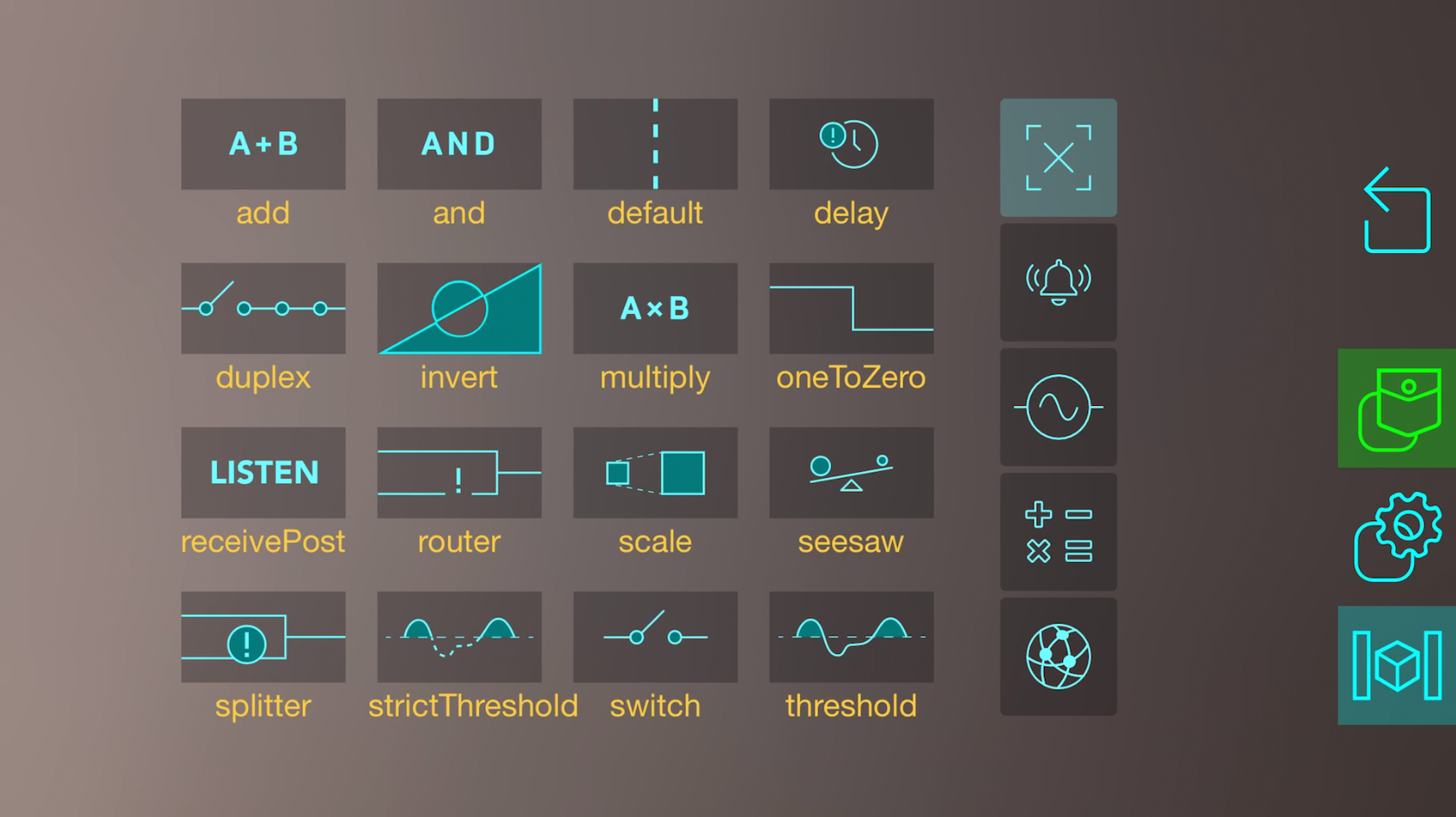 For some useful example programs constructed out of a set of logic blocks, consult the Example Logic Node Programs.